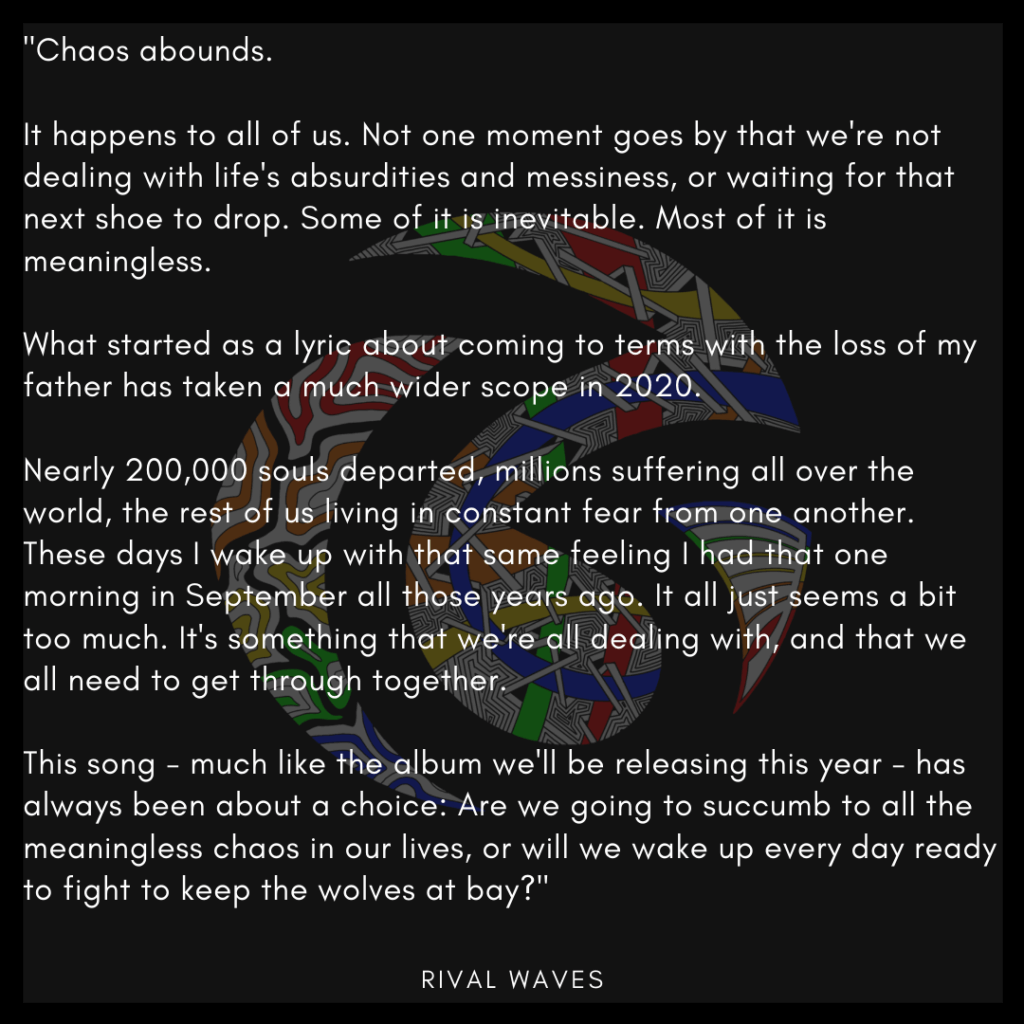 With a COVID-19 pandemic raging across the globe, Rival Waves jumped on a Zoom call (just like everyone else these days) to coordinate a live performance music video for the lead single off of their Chris “Frenchie” Smith-produced debut LP, A Meaningless Chaos.

A few late evenings planning, a few takes in seperate places, some duct tape and well wishes, a lot of smart phones, and some editing hours later – we were pretty happy with what we captured and how it turned out.

Watch the new music video for “Meaningless Chaos” – the lead single from Austin rock band Rival Waves’ debut LP, A Meaningless Chaos. Don’t miss the short message the band released to accompany the video below it.