Beyond The Song | "Transducer" 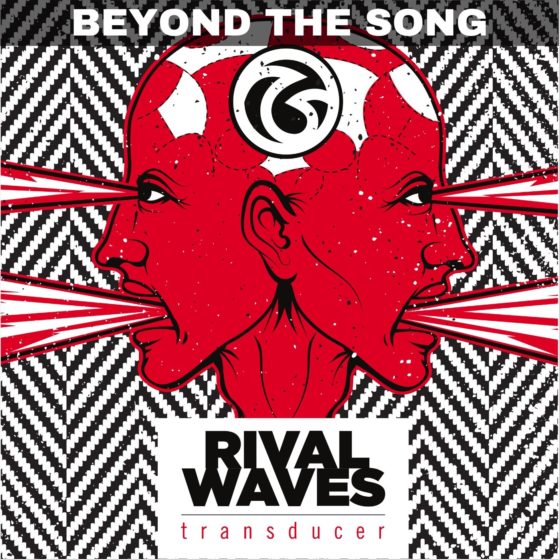 THE 10 SONGS THAT INFLUENCED “TRANSDUCER”

Beyond The Song is a series of blogs and Spotify Playlists highliting the 10 songs that inspired the songs on Rival Waves’ debut EP, TRANSDUCER.

We’re featuring the 10 songs behind “Transducer” – the second track, and second single, off of the album. Scroll down to the bottom of this post to check out the playlist. Learn about the songs and bands that influenced “Transducer” below.

The angular riff and overall energy of this song was a starting point for “Transducer”. I’d been a fan of Incubus‘ first three records, but this 2003 album, produced by the legendary Brendan O’ Brien, saw the band expand in a really adventurous rock direction. Gone were the Mesa Boogie rectifiers and PRS guitars. They were replaced with vintage Jazzmasters, Teles, SGs being fed through Marshal Plexis and Vox AC30s for a more traditional, and richer overall tone. The sound of the band drastically changed from a dated nu-metal vibe to a more alternative, almost indie, rock vibe.

When this record dropped, the riff immediately caught my attention. I wanted something that had a similar main riff motif built around a driving upbeat song structure. I also marveled at the middle 8 of this song and really wanted to have a bridge that broke down in a comparable way. In that way, “A Crow Left of the Murder” really provided the template for what would become “Transducer”.

The most punk rock that Led Zeppelin ever sounded.

“Communication Breakdown” was one of the true guitar chuggers that really set the stage for every classic rock acolyte that ever followed. The song was a huge influence on “Transducer.” That driving tempo, those chugging power chords, the off-beat accents, and those breakdowns.

Also, do you hear those drums? That’s how those things are supposed to sound. There’s not much that Led Zeppelin do that isn’t a direct influence on the music I make – or, really, on the music anyone who has picked up a guitar since.

“There’s a lot to be said for nowhere”

This gem, from 1998’s Yield, finds Pearl Jam exploring new soundscapes. This song finds them toying around with punk rock whilst being extremely musical, and leveraging their gift for the hook.

Described as a lyric about “gettin’ in a car and trying to get the fuck out of a bad situation” – the lyrical gist couldn’t be further from the message being conveyed in “Transducer.” The main exception being that both protagonists are seeking something better and bigger than themselves. In this way the song was completely influential.

Riff-driven. Heavy and loud. Uptempo. Full of energy. This was everything we were trying to achieve with “Transducer”.

The lyrical themes also proved influential – the thought of overcoming in spite of and a meaningful look forward. Foo Fighters have been trying to search for new ways to write their music for a few years now, but this song found them at the top of their rock ‘n’ roll game.

Sometimes you shouldn’t try to overthink what you do well. This song is a result of not doing that in the least.

Though I’d been aware of Best Coast for the better part of a decade, this is a band that came to my attention with 2015’s California Nights. The atmosphere mixed with true pop sensibilities really stood out in an impressive way on that album.

“Heaven Sent” is an assault on the senses in that very way. Simply arranged, it plays like a choose your own adventure book and has so many possible twists and turns available to its structure. Fortunately, the band takes the path of least resistance and our reward is 3 and a half minutes of pure power pop bliss.

This was an aim for us with “Transducer.” We wanted to say as much as we could lyrically and musically as quickly and succinctly as possible.

This was the song that made me fall in love with Sleater-Kinney as a band and a concept.

Written at one of the most tumultuous times in our nation’s history (read: the Bush administration), this song fits just as perfectly in the here and now. The chorus is jarring and memorable. The music driving and super charged. Corin’s voice is as clear as a bell in tone yet ominous in context. The lyrics are at once obtuse and in your face; acting just as much a self-fulfilling anthem as the lyric for “Transducer” is for us.

“All this machinery making modern music / Can still be open-hearted / Not so coldly charted / It’s really just a question of your honesty / Yeah, your honesty / One likes to believe in the freedom of music”

What can I say that hasn’t been said about the holy triumvirate? Rush have largely been stereotyped as a band into making music for music nerds. That said, there are so many choice cuts throughout the band’s career that have just as much soul, balls, and guts as anything ever done by Lou Reed, Iggy Pop, or any other rock star.

The influence really comes from the soul of the song. Sure it sounds massive, but it still sounds accessible which is likely why it is still getting spun on the radio to this day.

The drums on this track are magical. This became our template for in the bridge in “Transducer”.

The last minute of this song is literally the sound of a super band firing on all cylinders. That groove is undeniable. Those lyrics are nihilistic and dope af. That hook and that bridge…ugh.

This is one of my favorite Police songs – which puts it up there as one of my all favorite songs of all time. Thanks for the genius, you guys.

These start/stops are everything. The guitar tones in this track are epic and the snare crack is mythical – but most importantly this song brings all the energy, ever. Our goal was to capture and convey as much of that energy on “Transducer”.

What I wouldn’t give to see this band one more time. They are the blueprint for the ethics, the energy, and finding the positive and resolve amidst all the negative. Thank you, Ian, Guy, Brendan and Joe – for more than you will ever know.

While we all come from a rock background, it is quite rare for all the members of Rival Waves to have common bands and influences. Propagandhi became a common touch point for several members of the band as we were putting the finishing touches on the TRANSDUCER album.

It was quite the revelation as each of us were surprised that the other liked such a hardcore band. “Failed Imagineer” is an amazing tune as it intensely captures the sophomoric and the tragic all inside 2 minutes and 11 seconds. Outstanding.

While this song came out fairly recently (2017’s amazing sounding Victory Lap album), it really captures the energy and intensity of “Transducer” and we’d be remiss not to shine a light on it.|

Play and follow the whole playlist on Spotify here:

FILL OUT THE FORM AND GET YOUR FREE EXCLUSIVE TRACK FROM

By clicking "Sign Up" you are becoming a Rival Waves email list subscriber. We value your privacy and will not spam you or sell your info. Unsubscribe any time.